You might have noticed that every fortnight the Mail includes an article that is contributed by members of Mindful Margaret River.

We thought that maybe it’s time for us to explain why we go to the effort to create this series of articles.

In a nutshell, Mindful Margaret River’s purpose is to empower residents in the geographic area of the Shire of Augusta Margaret River and beyond, to improve their social and emotional wellbeing.

We hope these articles contribute to that goal along the lines that follow.

Perhaps surprisingly, it will help to start with a story about a toddler who fell and hurt himself while running along a concrete path.

The relevance of this will become clear a bit later in this article.

Let’s call the toddler Stephen and his mother Gloria.

For a few seconds, after the impact of the fall, there is stunned silence from Stephen.

Soon he rolls onto his side, clutches his injured hand with the other hand and looks at the blood starting to ooze from the scratch.

He looks around – still silent – until he locates his mother.

Instantly he lets out a blood curdling cry, face as red as a beetroot and fixes his gaze on mum whilst wasting as little time as possible in the activity of breathing.

By the way, both the toddler and the caregiver could be any gender.

Anyway, mum rushes over to Stephen, picks up his injured hand and says “Oh darling that must really hurt. Would you like me to kiss it better?”

Gloria makes a big fuss with multiple loud kisses, holds him to her chest and then asks “Now, is that better?”

Stephen is calming down now, sobbing more quietly and says “sticky”, meaning that he wants a sticking plaster.

We leave Stephen and Gloria now to think about what actually happened there.

In fact, a lot of Stephen’s distress was not physical pain, but fear.

His fear was unbearable.

At his young age he had not yet learned to regulate his emotions, so he needed someone else whom he trusted to ‘receive’ his unbearable emotions.

The psychological jargon for that is ‘containing’ the emotion for someone else.

A rough-enough definition of emotional containment is the capacity to feel the intensity of someone else’s distress and still stay connected with that person.

But it’s not just toddlers and children who need emotional containment.

Adults do too. I know I do from time to time.

For example, when I was trying to set up the Service WA app on my phone recently, I had a series of setbacks and frustrations.

MyGov decided that I no longer existed and then MyGov ID refused to accept my Medicare card as ID.

This was followed in rapid succession by a few more error messages from my infinitely dumb computer, a badly named ‘smart’phone and some inflexible Government websites.

I flew into a rage.

But I’m lucky to be married to my lovely wife who was able to listen to me empathically at that moment and talk with me in a way that helped me to regain some emotional balance.

In brief, she offered emotional containment for my rage.

After being listened to and emotionally contained, I was able to continue the online battle in a calmer manner and finally succeeded in satisfying the insatiable demands of the online system with which I was attempting to comply.

So, what’s this got to do with publishing the Mindful Margaret River series of personal narratives in the Mail newspaper?

It’s because containment occurs in many different ways.

The written word, such as our articles, can create containment by offering personal stories that might result in readers feeling less alone when they are experiencing distress.

Another is helping them find meaning in a world where it can sometimes be hard to find.

Another is just to provide a friend-in-the-mind whom readers think might understand them.

They may not have met the author, but they know that she or he is there somewhere in the community.

Containment is one possible function of the Mindful Margaret River Mail articles and there are potentially many other ways in which they can support social and emotional wellbeing in the community.

For example, different authors have described practical ways that they have improved their own sense of well-being.

Being in nature, connecting with others and eating well are just a few examples from earlier articles.

Ideas presented in the articles will resonate with some readers be helpful.

We can never know what our articles evoke in readers, but our intent is to offer some stimulus for their thoughts, some sense of connection and possibly some emotional containment.

Mindful Margaret River president Martin Ringer is entering his fifth year as a Margaret River resident. He and his wife were attracted to the area in part because of the thriving arts community. Martin is a stone carver, author and retired organizational consultant, adventure therapist and socio-analyst. Why are we here? What is this all about? I don’t know about you, but I’m still waiting for the day I wake up in… 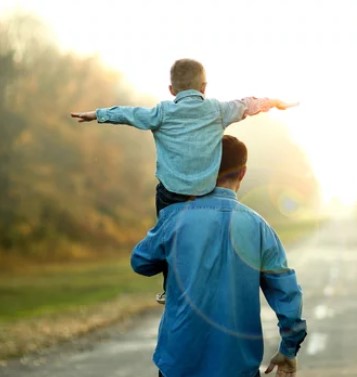